Toronto, ON – February 22, 2017 – Today, Danko Jones shares the brand new music video for their single, My Little RnR. Directed by Nick Sewell (Death From Above 1979, MSTRKRFT), the video is inspired by the horror-themed art direction of the Wild Cat sleeve design – a classic vampire tale, but told in the first person, from the perspective of the monster. Check it out here.

Over the course of the video, we follow the monster as it prowls the night, claiming victim after victim. Will anyone stand against the infernal beast? Visually, the video has a bold and graphic style, employing both the palette and high contrast photography from the sleeve design. To capture the look and feel, it was shot in stop-motion, as a series of stills, rather than full motion video.

“This is a fun stop-motion horror-themed music video from the POV of a blood-sucking vampire,”comments Danko. “Who doesn’t love blood and guts and RNR?”

Wild Cat (out March 3rd via eOne in Canada and Bad Taste Records/AFM Records internationally) is now available for pre-order on iTunes, Amazon and Google Play. My Little RnR is available to stream now on Spotify, and check out the album teaser here. Danko Jones have never felt more vibrant or hungry than they are on Wild Cat. Produced by Juno Award-winning producer, Eric Ratz, the 11-track album is a raw representation of the band’s collective musical history and influences, and without a doubt their most solid album yet.

Celebrating 20 years in the rock n’ roll game in 2016, Danko Jones have an impressive resume to show for the past two decades. In addition to sold out headline tours across Canada and the European continent they have also toured the US, Brazil, Japan, Australia and South Africa and done extensive collaborations with a vast number of great artists. The Canadian trio has spent months on the road with Guns N Roses, Motorhead and Volbeat and opened up for The Rolling Stones and Ozzy.

“One of the most ridiculously entertaining and exciting live bands on the planet. Danko himself is a priapic whirlwind of charisma, riffs and lascivious charm.” – Metal Hammer UK 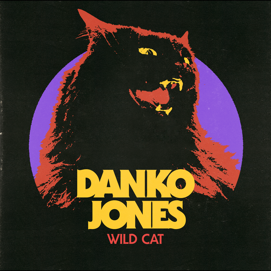